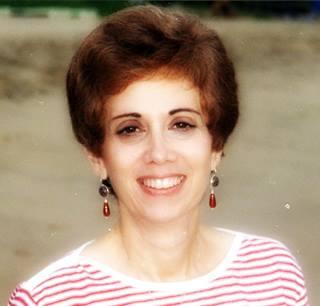 Meta was diagnosed with Breast Cancer (stage 2b) at the end of August 2013. On Sept 25th she underwent a Lumpectomy. However, after surgery the doctors proposed to proceed and schedule a mastectomy. In preparation for the mastectomy, Meta underwent another 4 weeks of tests, scans and biopsies, and unfortunately was diagnosed with peritoneal ovarian cancer. She immediately got scheduled for another surgery and underwent a hysterectomy on October 25th. 3 weeks later, she started her first chemotherapy which was scheduled to take place every Wednesday for the next 4 1/2 months. She had her 2nd chemotherapy on Wednesday, Nov. 20th.

On Saturday morning, November 23rd, Meta started experiencing symptoms and side effects of chemotherapy. Monday morning however, her symptoms got drastically worse and Tatjana brought her to the Emergency Room at Kaiser Permanente. The ER doctors agreed it would be best for her to stay until the symptoms would lessen. Tuesday morning Debbie and Tatjana arrived in the late morning. Meta's condition drastically declined. Debbie and Tatjana kept on demanding for doctors to see her and were frustrated with the lack of sense of urgency by the hospital staff at Kaiser. The assigned doctor finally arrived after 2pm on Tuesday, Nov. 26th, and recognized the urgency of the situation and promised to immediately submit for the necessary actions. A few minutes after the doctor left, Meta said to Tatjana that she had trouble breathing. Tatjana ran out to get the nurses...Meta fell into a cardiac arrest...and did not survive. Meta was only 67.

The Memorial took place in a private setting on Saturday, December 7th, 2013.

What is BRCA1 and BRCA2?
After Meta Buchheim got diagnosed with triple negative breast cancer she did a genetic test to check for the BRCA gene mutation associated with breast and ovarian cancers. Meta tested positive. Her family learned that this gene mutation is prevalent in the Ashkenazi Jewish Community (descendants from Eastern and Central Europe), and unfortunately is hereditary.

Angelina Jolie made headlines earlier in 2013 with her decision to get a preventive double mastectomy given that she too is a BRCA carrier.

Raising Awareness and Funds
Meta's son Mark, her daughter Debbie, and her daughter-in-law Tatjana decided to start a social fundraiser to support The Basser Research Center for BRCA, which is dedicated to raising awareness in the Jewish community about the prevalence of BRCA1 and BRCA2, to make genetic testing accessible, and to support research projects on BRCA.

To learn more about BRCA check out:


Tatjana, Mark and Debbie became Bill's care-taker (Bill, 91 years old, was Meta's life partner). Shortly before Christmas 2013, Bill moved into an Assisted Living Home nearby. Tatjana is currently in the middle of organizing a team within the community to initiate a Senior Roommate Housing project. To learn more about the project see here: http://theswisszone.blogspot.com/2014/01/empowering-our-seniors-and-elderly.html

Saving Lives
This is a quick overview why your financial support matters and how it helps the Basser Research Center to help saving lives !