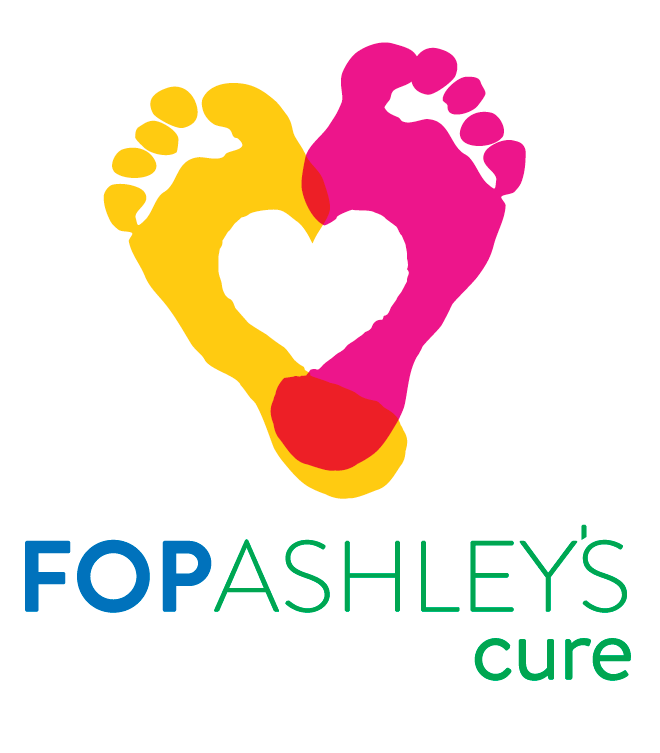 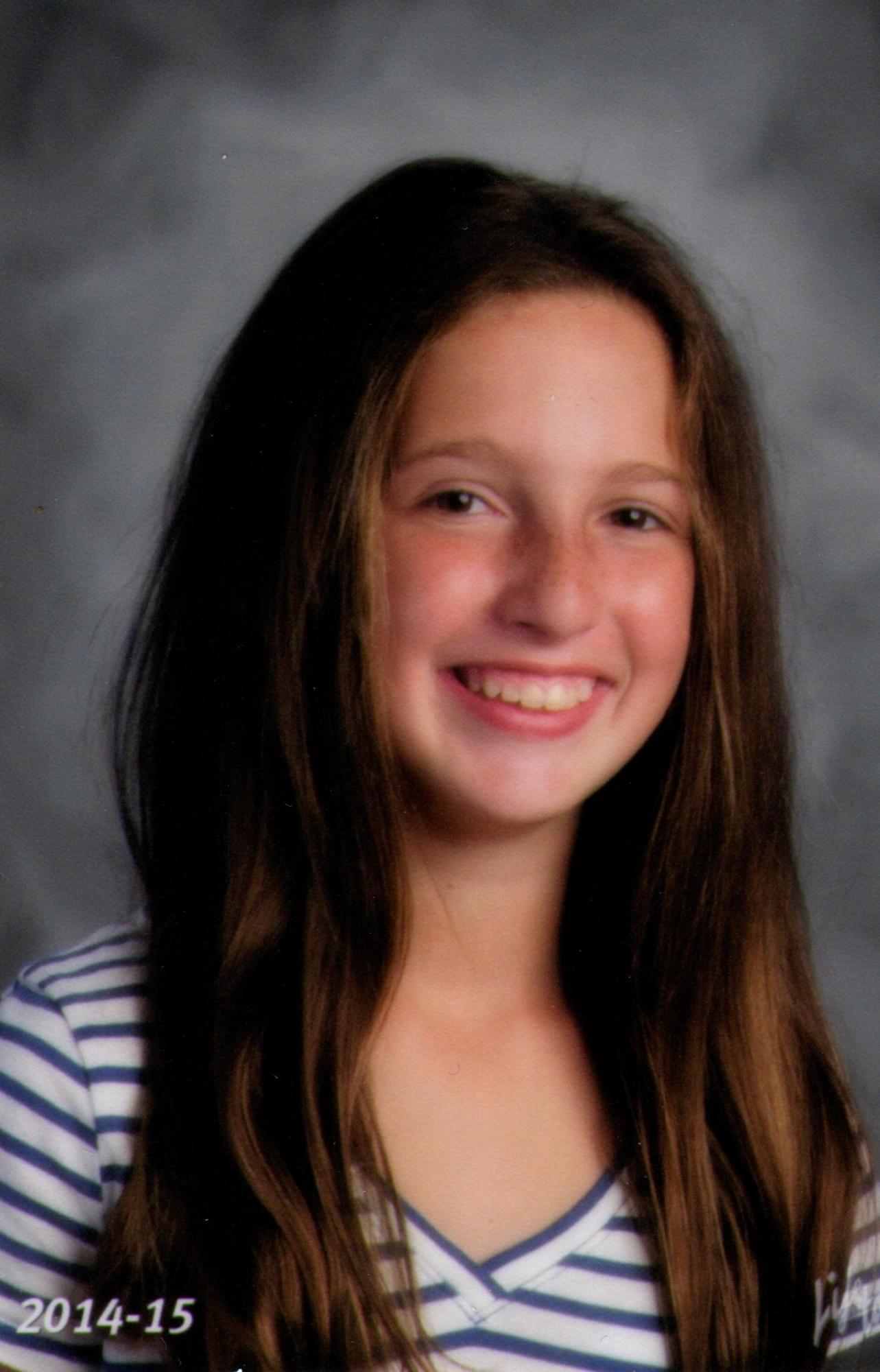 Ashley Martucci school Picture 2014-15
Our Mission
FOP Ashley's Cure is dedicated to improving lives by helping to find a cure for FOP. We make a difference by supporting FOP research at the University of Pennsylvania, Center for Research in FOP and Related Disorders.
What is FOP
Imagine the soft tissues of your body turning to bone, restricting your movement and eventually encasing you in a second, immovable skeleton. Fibrodysplasia Ossificans Progressiva, or FOP, is one of the rarest and most disabling genetic diseases, causing muscles and connective tissue to be replaced by bone and eventually leading to permanent immobility. FOP affects approximately one in two million people.

A person afflicted with FOP often has a severely shortened life expectancy due to an encasement of the chest cavity that happens when the soft tissue of the rib cage is replaced with bone, preventing the person from breathing normally. In many cases, excess bone formation also immobilizes the jaw, preventing the person from properly eating and digesting food and causing severe weight loss and physical deterioration. If the person does survive, they are usually confined to a wheelchair by age 30 and require lifelong assistance in performing daily activities that we take for granted.

FOP is a painful and debilitating disease for which there is currently no cure. People with FOP also face many difficulties in addition to an uncertain future. Minor trauma such as immunization injections, dental work, soft tissue injury from common bumps, bruises or falls, biopsies, and even a virus or muscle fatigue can cause flare-ups and trigger the painful process in which abnormal bone growths are formed. Any attempts to surgically remove these bone growths, or any type of bone or muscular surgery, will trigger new bone growth, often quite rapidly and sometimes explosively. Although the rate at which the disease progresses varies with each person, the debilitating effects are cumulative. A person afflicted with this disease is eventually locked into a contorted position, leaving them as immobile as a statue - for life.
Ashleys Story
Ashley was in every respect a normal child when she was born, except for the big toe of each foot. The big toes were crooked, but none of the doctors who saw Ashley at that time had indicated that anything was seriously wrong. It was only years later that we learned the problem with her toes was a sign of FOP.

When Ashley was around 6 years old she broke her leg in a skiing accident. The orthopedic surgeon who treated her for the fracture noticed unusual growths on her leg and hip bones. We were referred to a specialist at the Hospital for Special Surgery who diagnosed the growths as multiple osteochondroma, a bone condition where bone tumors grow at the growth plate areas.

The osteochondroma required Ashley to be seen at a hospital every 6 months for a full series of skeletal x-rays and thorough evaluation by her treating doctors. Through it all, and long before her diagnosis with FOP, Ashley participated in many activities growing up including judo, tae kwon do and ice hockey, but she especially enjoyed playing soccer.

Virtually any type of physical activity made her ankles swell and caused pain when she walked or even stood up. It was discovered that one of the bone tumors Ashley had was growing larger and was irritating the muscle in the ankle joint area. Ashley's fears that her bone tumors would eventually limit her activity were now compounded by the fact that she would have to undergo a complicated surgical procedure to remove one of those tumors.

We then met with an orthopedic surgeon specializing in foot and ankle surgery who told us that he had, by chance, seen a presentation by a Dr. Frederick Kaplan, and after noticing Ashley's toes suspected that she may have FOP. At the time this caught us off guard as we had been to multiple doctors and no one ever considered this diagnosis. We went to see Dr. Kaplan at the University of Pennsylvania Medical Center, for an assessment.

Dr. Kaplan is currently conducting research into a treatment for FOP at the University of Pennsylvania, Center for Research in FOP and Related Disorders. Dr. Kaplan is by training an orthopedic surgeon and a pioneer in the molecular genetics of heterotopic ossification. Newsweek recognized Dr. Kaplan in 2006 as one of the 15 people who make America great, and marked the significance of his work in FOP by noting that "the disease was so rare, nobody wanted to deal with it until he came along."(http://www.newsweek.com/giving-back-awards-15-people-who-make-america-great-112719) .

One day in 1989, Dr. Kaplan met a child with FOP and became so motivated to uncover the mysteries of this disease, and to help those afflicted by it, that he began his research into FOP. Dr. Kaplan's research led to the discovery of the FOP gene, the description of the molecular pathophysiology of skeletal metamorphosis in humans, and the discovery of progressive osseous heteroplasia (another disorder of heterotopic ossification), including its causative gene and pathophysiology. We are hopeful that Dr. Kaplan and his team's research will lead to the discovery of a treatment for FOP that will help people like the child whose suffering motivated him that day in 1989 - and people like our daughter, Ashley.
Donate!