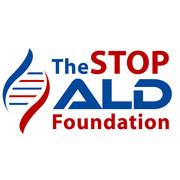 Let's hit the max of $50k in 2017!
In 2016, with the Million Dollar Bike Ride (MDBR) we raised $50,000 which the MDBR *doubled* and we were able to put $100,000 into ALD and AMN research. Our goal for 2017 is to raise $50,000 again! Please help us meet our 2017 goal and put even greater investment into ALD & AMN!
Mission
Our mission is to improve health outcomes for individuals with X-linked adrenoleukodystrophy (ALD) by raising disease awareness, empowering patients, and accelerating the translation of scientific advances into better clinical care.
About Adrenoleukodystrophy (ALD)
Adrenoleukodystrophy, or ALD, is a deadly genetic disease that affects 1 in 17 000 people. It most severely affects boys and men. This brain disorder destroys myelin, the protective sheath that surrounds the brain's neurons the nerve cells that allow us to think and to control our muscles. It knows no racial, ethnic or geographic barriers. The most devastating form of ALD appears in childhood, generally between the ages of four and ten years old. Normal, healthy boys suddenly begin to regress. At first, they simply show behavioral problems, such as withdrawal or difficulty concentrating. Gradually, as the disease ravages their brain, their symptoms grow worse, including blindness and deafness, seizures, loss of muscle control, and progressive dementia. This relentless downward spiral leads to either death or permanent disability, usually within 2 to 5 years from diagnosis. Today, new scientific knowledge offers hope for the successful treatment and prevention of ALD. But it is urgent that we invest in research that will advance new therapies, as well as new tools for early diagnosis and educational campaigns that will raise awareness so that children with ALD can be identified as early as possible, while there is the best hope of a beneficial treatment.
Ride, volunteer or donate! All donations will be matched by Penn!
We have the opportunity to team up with Penn's Center for Orphan Disease Research & Therapy (CODRT) to participate in a bike ride to raise awareness and fund research for rare diseases. Each rare disease team participating will raise funds to be directed to their disease and all money we raise will be doubled (matched) by Penn's CODRT.
Donate!