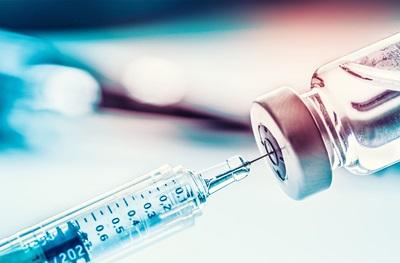 About the Cause
The Herpes Simplex Virus Research Fund was created to support the work of Dr. Friedman in exploring the prophylactic and therapeutic effects of a vaccine developed with funding from NIH and as part of a collaboration between Penn Medicine and BioNTech. Trials began in October 2018, to research and develop mRNA vaccines for various infectious diseases.

A goal of $50,000 has been set to allow Dr. Friedman's lab to hire an additional person dedicated to focusing on the vaccine studies.
About the Science
"In the study, researchers delivered the Penn-developed vaccine to 64 mice and then exposed them to genital herpes. After 28 days, 63 of the mice were found to have sterilizing immunity, meaning there was no trace of herpes infection or disease after the exposure. The one remaining mouse developed dormant infection without any prior genital disease. Similarly, 10 guinea pigs, which have responses to herpes infections that more closely resemble that of humans, were also given the vaccine and exposed to the virus. No animal developed genital lesions and only two showed any evidence that they became infected, but the infection was not in a form that animals could transmit the virus."

"Building on the approaches of many cutting-edge cancer and immunotherapy researchers, the Penn team filled their vaccine with specific messenger RNA (mRNA), which can create proteins necessary for a strong immune response. This vaccine stimulates three types of antibodies: one that blocks the herpes virus from entering cells, and two others that ensure the virus doesn't "turn off" innate immune system protective functions. This approach differs from other herpes vaccines, which often only rely on blocking virus's entry as the mode to attack the virus."

11/07/21
An updated video and new research has been published.