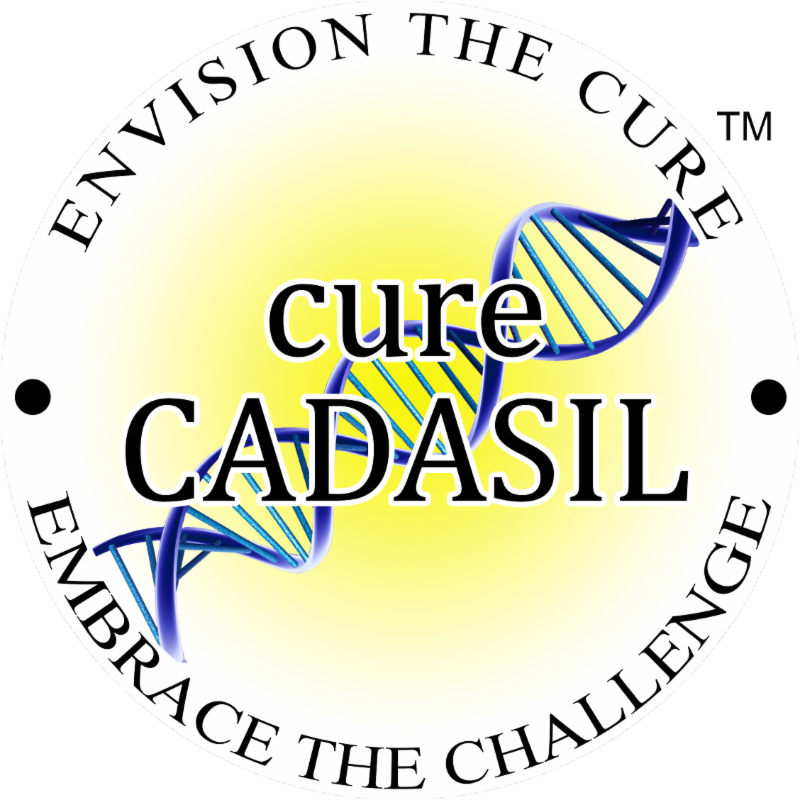 All donations to Team CADASIL will be matched, up to $30,000, by Penn Med Orphan Disease Center to fund a new research grant for CADASIL. Last year, the CADASIL community an astonishing $120,000 for this event, resulting in two CADASIL specific research grants!!!

Our timeline again is short to reach our overall goal of raising $50,000 by June 11th . Support Team CADASIL and share this link with friends and family and through social media. Donate $5, $10, $25 - every gift matters!
Our Team needs you too!
****OUR AMAZING TEAM CADASIL PARTICIPANTS****

Do you want to help?? Create a Penn Giving Page that will support Team CADASIL and the fund at Penn Med specifically for CADASIL research.
For directions on how to create a personalized Giving Page, please visit: https://www.milliondollarbikeride.org/fundraising-1
Questions? nmaurer@cureCADASIL.org
What is CADASIL?
CADASIL is a rare, autosomal dominant genetic disorder caused by a mutation of the NOTCH3 gene on the 19th chromosome. Hallmark symptoms of CADASIL may include: recurrent strokes, cognitive impairment, migraine with aura, and psychiatric disturbances. These symptoms are caused by damage to small blood vessels, especially those within the brain. The specific symptoms and severity of the disorder can vary greatly among affected individuals, even among members of the same family. Despite this variability, most individuals (approximately three out of four patients) experience recurrent stroke or transient ischemic attacks (TIAs), beginning at 40-50 years of age. CADASIL affects all races and both genders equally, each child of a parent with CADASIL has a 50% chance of having the disorder.

The diagnostic test for CADASIL was discovered in the early 2000s. Many individuals have been misdiagnosed with Multiple Sclerosis and other neurologic disorders.
Why We Need You!
The Penn Medicine Center for Orphan Disease Research hosts this event to raise money for research in rare diseases such as CADASIL, and they will MATCH EVERY DOLLAR DONATED!! (up to $30,000) Please consider donating to our cause and being a part of transformative research. 100% of your donation will go towards a new CADASIL research grant through UPenn!
Donate!